Angelo Maristela: Against All Odds 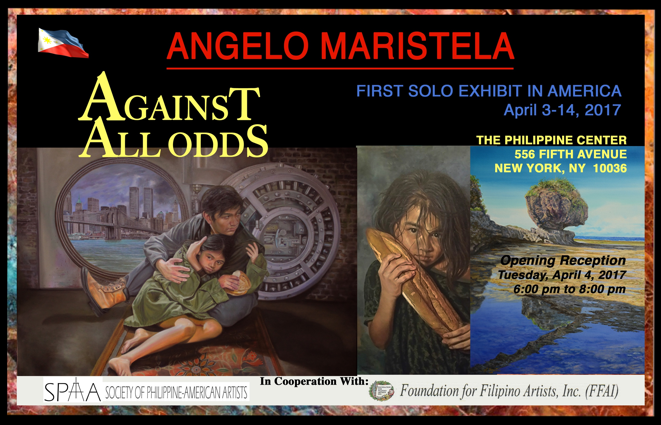 Angelo Antonio Maristela is a multifaceted international artist who has secured himself a spot in the highly competitive world of arts.

Angelo commissioned artworks for known establishments and high-profile personalities in the Philippines. In 2009, he joined a design company in Qatar. In less than a decade, he was able to penetrate the art scene in Qatar, Italy and USA. In 2015, he was the sole representative of the Philippines in Chianciano Biennale in Italy, chosen from over 1200 artists from over 40 countries.

Last year, 2015, Angelo relocated to the USA. From that time, he already participated in 6 exhibits, four of which are in New York and two in Florida.  Finally, Angelo will have his very first art exhibit in the USA on April 3-14, 2017, at the Philippine Center in Manhattan, New York.