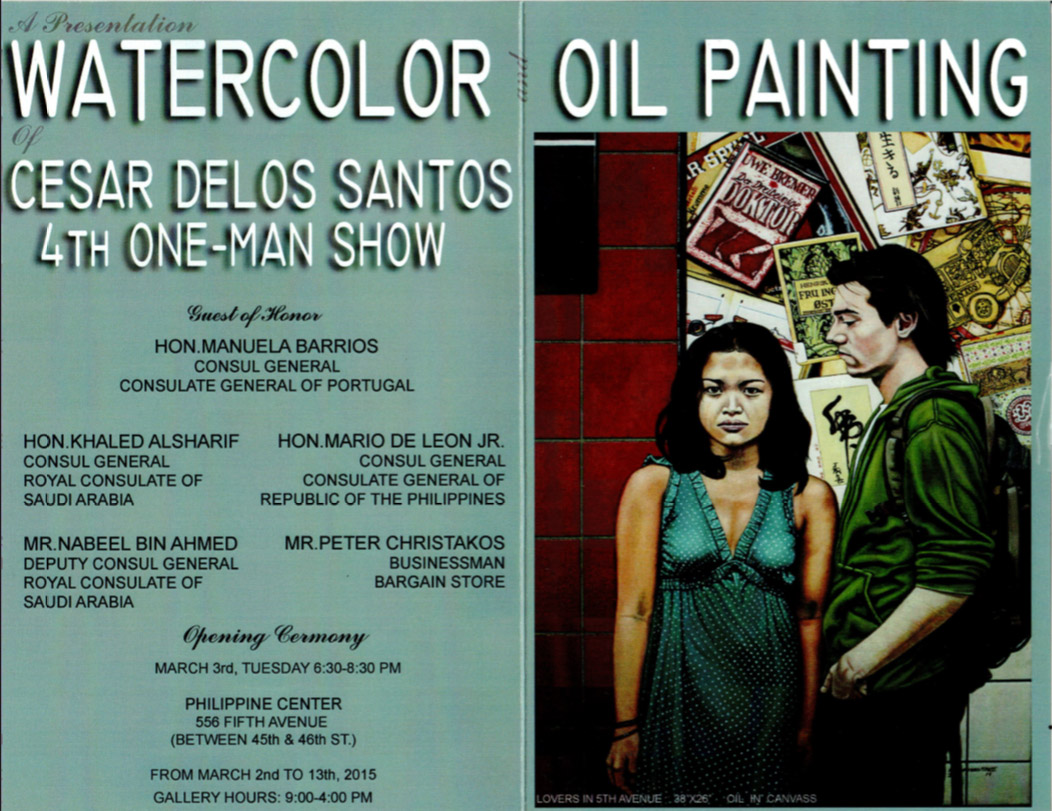 Cesar de los Santos was a consistent scholar of the prestigious Saturday Art Group, founded by the late Philippine National Artist Cesar Legaspi, and of Shell Pilipinas, and in the 1990 received a Bachelor’s Degree in Fine Arts from the Philippine Woman’s University in Manila.

He received the Gold Medal Award of Honor at the Audubon Artists 65th Annual Exhibit at the Salmagundi Art Club in New York City, and was recognized as a Fine Arts achiever at the “Galingng Pinoy” (Filipino Excellence) Tribute to Philippine Mt. Everest Climbers Achievers at the Philippine Center, organized with the Consulate in 2007. In addition, he has earned honorable mention and 4th place prizes at the Hudson Artists of New Jersey Regional Art Exhibits. His latest accolade was his being an Awardee for Fine Arts at the PACCAL 18th Anniversary Gala, celebrated in October 2010 in New Jersey.

In the Philippines, Cesar de los Santos was given the San Pedro, Laguna Award for the monument entitled “Kalayaan” (Freedom), which he himself sculpted; garnered 2nd prize at the 1989 Shell National Student Art Competition in Manila; 2nd prize at the Art of Ecology Painting Competition, and a gold medal from Congressman Nereo Joaquin for his “First Malolos Congress” painting.

Chito has participated in numerous group shows in the Philippines, the United States, and Canada, and is a member of the Society of Philippine American Artists in Metro New York, as well as of the Art Association of the Philippines and of the Painting Art Group Philippines.

In the early ’90s, Cesar de los Santos exhibited works at the Contemporary Art of the Philippines Exhibitions in Hudson Bay, Ontario, Canada. in December 2003, he held his first one-man exhibit at the Philippine Center on the Fifth Avenue in Manhattan, showcasing 20 of his works to rave reviews by art enthusiasts and fellow artists. This first one man show resulted in several commissions by patrons impressed by his works, as well as invitations to join group shows.

He was invited by the Hudson Artists Group of New Jersey in May 2004 to display five of his works, including those of burnays or earthenware jars of the Northern Philippines, which he is well noted for. As Cesar enters a new phase of his artistic career, we are excited about the prospects of his metaphorical basket weave, in both watercolor & oil, bringing us to another place of joy.

It is a thrill to see talent expressed and a privilege to see talent continuing to bloom. Indeed, in coupling his talent with a self-awareness grounded in family and friends, he creates works that truly inspire and uplift.

Interestingly, one might call his one man show a group show, for, as he says, “It is part of journey shared with friends, relatives, my wife Jocelyn, and our three children, Theia, Celestine, and Neeko.” He concludes. “I appreciate all the support and presence of you who have come with me, or will continue with me, on this journey.” 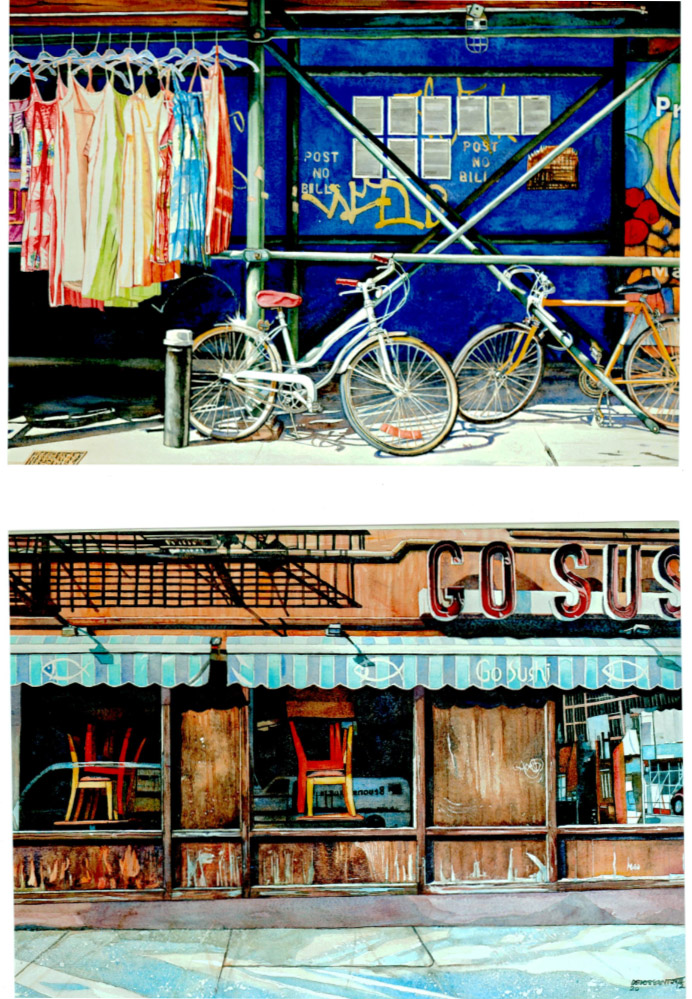 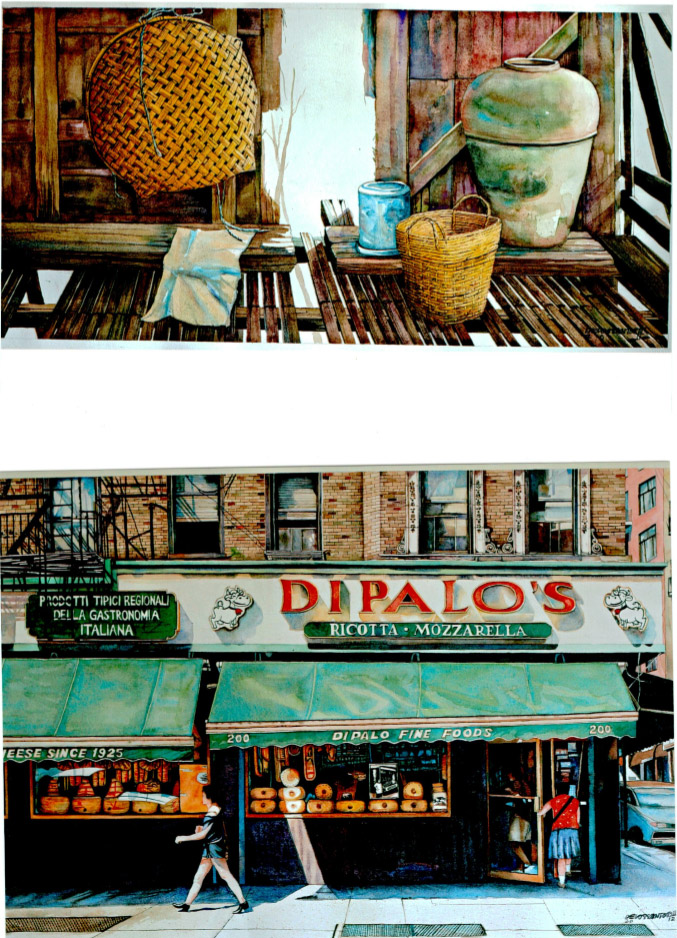