The Filipino Spirit: A Manifestation September 21 2015 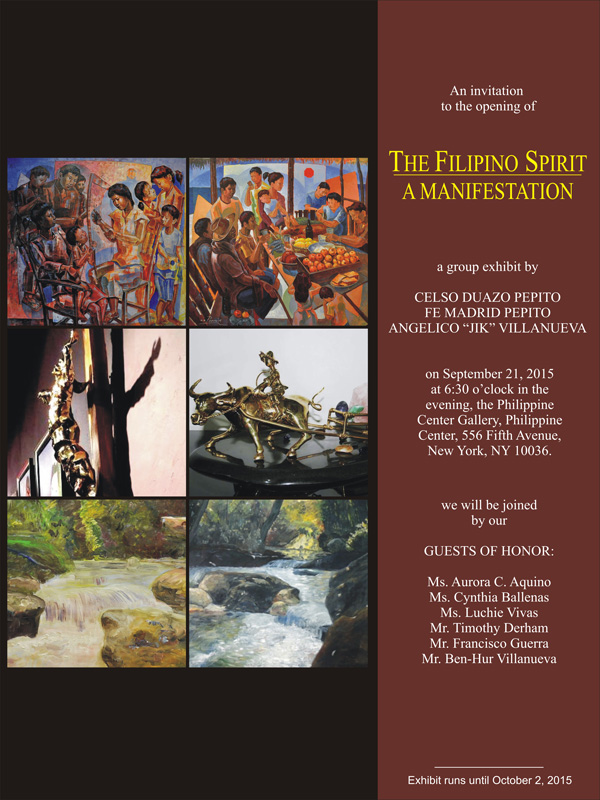 A graduate of Fine Arts from the University of the Philippines Cebu College in 1981, Celso Duazo Pepito believes that “art goes beyond the beauty it depicts.” His every art brings with it the three main reasons for his artistic creation: love of God, advocacy for a strong Filipino family, and concern for his country. His art manifests the Filipino spirit that he so wishes to promote and develop, finding inspiration in every opportunity he encounters in his daily undertakings.

Under the tutelage and influence of the late Martino Abellana, Pepito painted in the impressionist style for more than a decade but shifted his brand of cubism in 1994 which he continues to develop to the present.

He devotes most of his time not only in propagating his artistic advocacy but also in organizing activities that promote the importance of art in the community. In an effort to help promote the Filipino art to other countries, he has developed cultural and artistic linkages with artists and galleries from Malaysia, Indonesia, Brunei, Thailand, Singapore, and the USA. 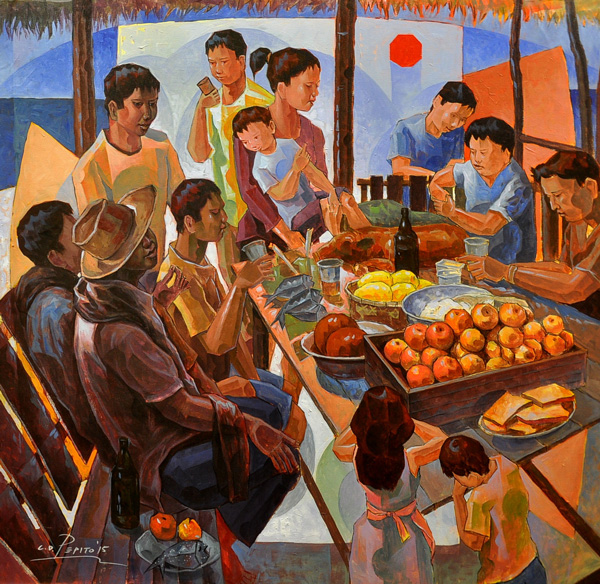 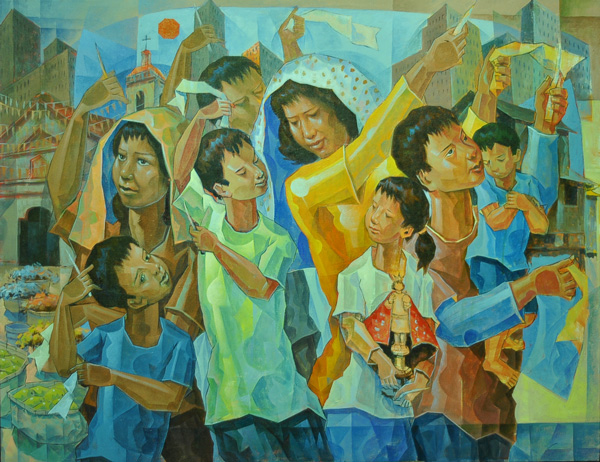 Fe is a graduate of Optometry from Southwestern University in Cebu but through her marriage to artist Celso Duazo Pepito, and the resulting exposure and constant association with the Cebuano artists, she has had the opportunity to home and develop her artistic gift, providing her the confidence to join art exhibits around Cebu, Manila and a few other Asian cities.

Never shying away from a challenge, she has painted a wide variety of subjects: the still life, landscape, seascape and the human figure, using most conventional art media like watercolor, pastel, acrylic and oil. She is nevertheless still happiest doing flowers. Art for her is not to be described but felt.

Fe is a charter member of Cebu Artists Incorporated and takes an active role in performing the group’s mission to help develop art awareness in the Cebuano community. 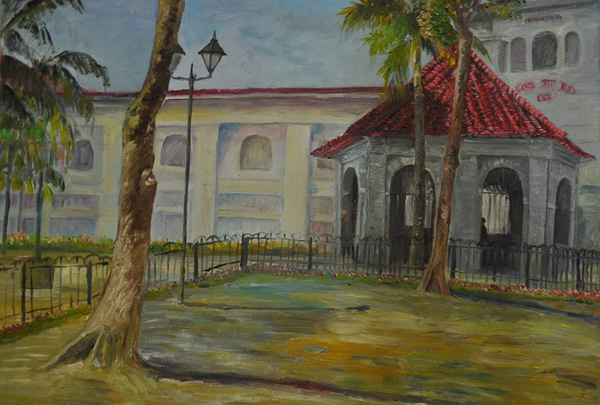 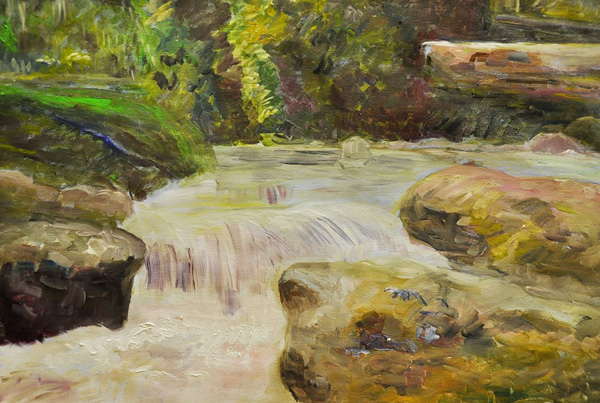 Studied Fine Arts at The University of the Philippines. Coming  from a clan of artists, he was exposed to the arts from childhood. His family provided him with creative energy and lessons on art and life. As an artist he got so much inspiration from Ben Hur G. Villanueva renowned sculptor, his father and mentor. He uses brass, copper, hard wood, stone and bronze as medium.

Using different kind of mediums makes him more creative and provides opportunity to explore different subjects. Challenges give him great satisfaction that somehow he can express his art in a very unique way.

Fulfilling one’s desire in any kind of craft he must master his medium. Through his art he was able to give back for his gift of creativity. Marvel with the works of a very promising artist. 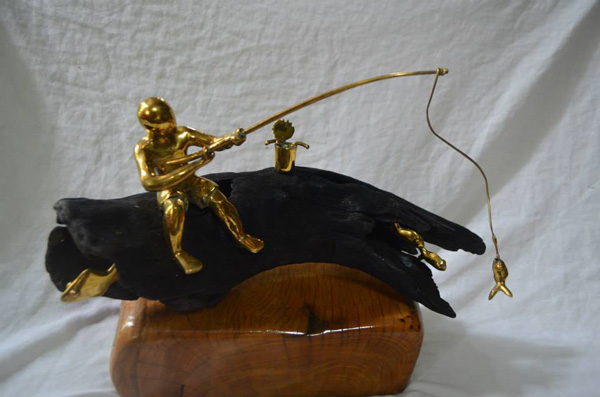 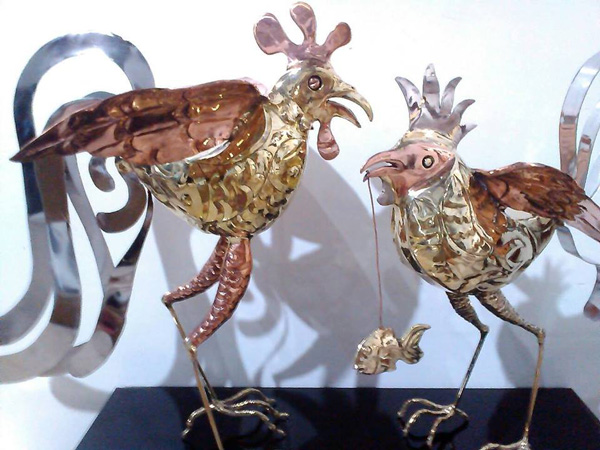