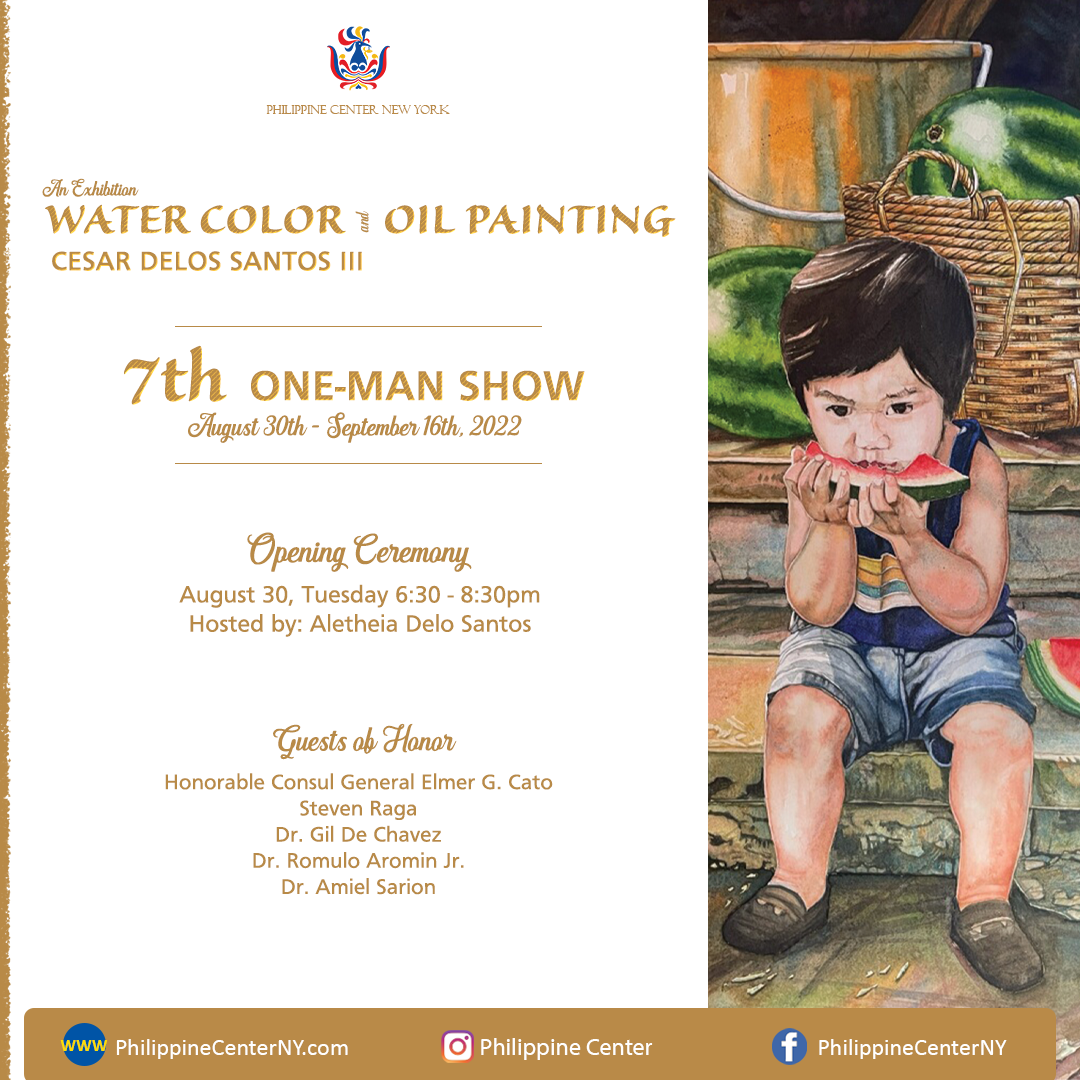 Cesar, or Chito, is a modest gentleman, polite, grounded, but one whose talent sings out in his works. The native of Talisay, Batangas province in the Philippines has been exhibiting in numerous states like NY, NJ, CT to name a few. Prior to that, he was a frequent recipient of awards and recognition in the Philippines.

Cesar was one of four noted Filipino international artists who were recognized at a reception at Kalayaan Hall of the Philippine Center that honored the first Filipino Mt. Everest climbers. He was a consistent scholar of the prestigious Saturday Art Group, founded by the late Philippine National Artist Cesar Legaspi, and of the Shell Pilipinas, and in 1990 received a bachelor’s degree in Fine Arts from the Philippine Women’s University in Manila.

Speaking of his honor, in the Philippines, Cesar earned the San Pedro, Laguna Award for the monument entitled “Kalayaan” (Freedom), which he himself sculptured; garnered 2nd prize at the 1989 Shell National Student Art Competition in Manila; 2nd prize at the Art of Ecology Painting Competition, and a gold medal from Congressman Nereo Joaquin for his “First Malolos Congress” painting. He received the Gold Medal Award of Honor at the Audubon Artists 65th Annual Exhibit at the Salmagundi Art Club in NYC. Furthermore, he earned honorable mention and 4th place prizes at the Hudson Artists of New Jersey Regional Art Exhibits. Chito has clearly participated in numerous group shows. Solo exhibits, and social art gatherings in the Philippines, the United States, and Canada. He has been a member of the Society of the Philippine American Artists in metro New York, of the Art Association of the Philippines, and of the Pintig Art Group Philippines. His presence is rapidly being well known as he moves so fluidly from each achievement he accomplishes.

Not only has Cesar been active throughout the ongoing peak of his career, he has professional affiliation with top art organizations in the east coast. To name a few, he is an active member of the North East Watercolor Society of Kent, Connecticut; the Smithtown Township Art Council of St. James, New York, and the Mills Pond Art Gallery of St. James, New York.

Of all these awards and recognition, his latest honor would be being the first prize winner for the National Art League Fall Members Show in Douglaston, NY as well as his Jury Award for the Arnot Museum both given in 2016. A man of many talents and honor such as Cesar has numerous years of experience and pride for his work. To this day, he continues his passion for his first love of fine arts, and he does this splendidly all while competing, joining, and of course successfully winning competitions around him.