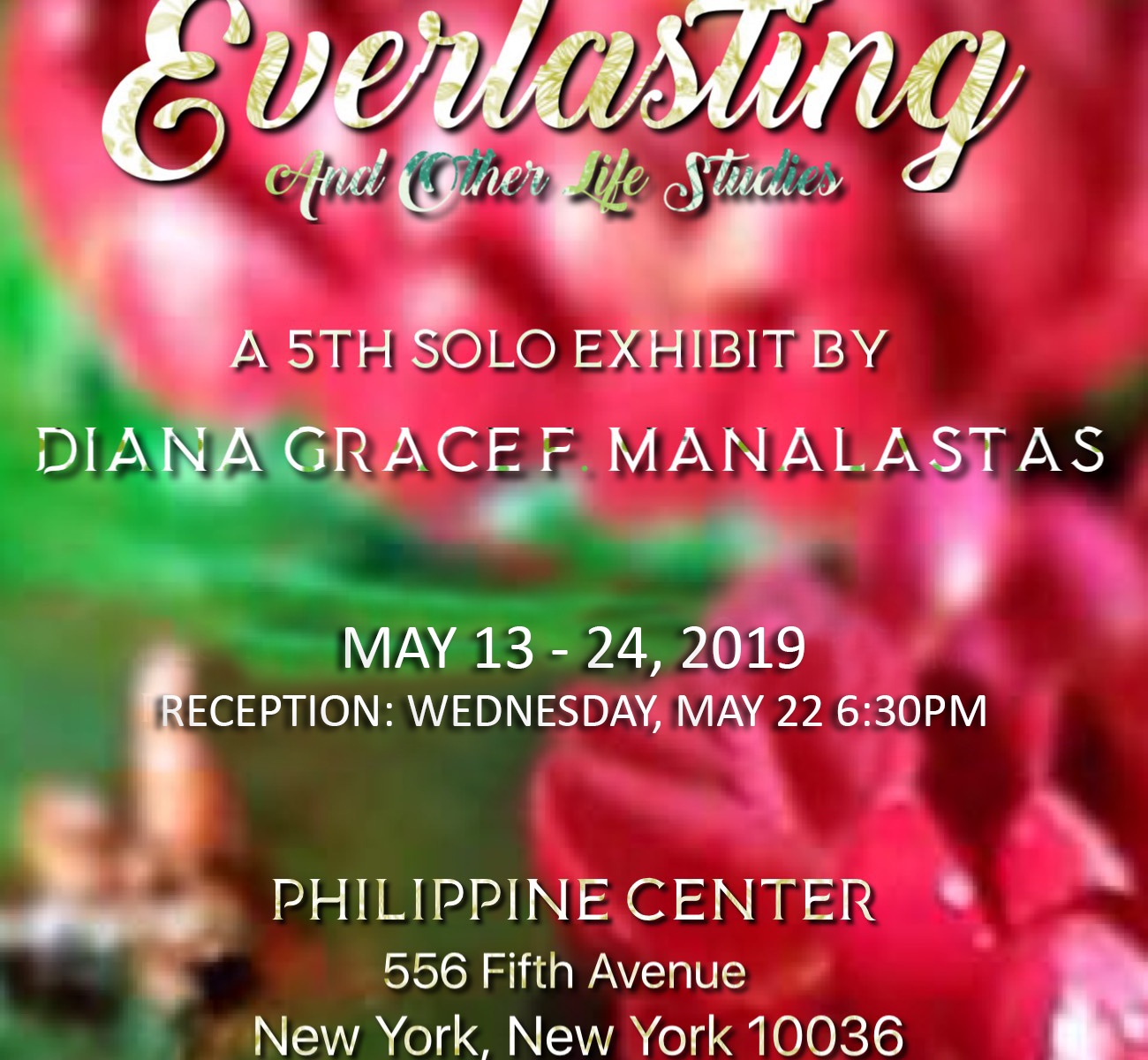 Filipino junk artist Diana Grace Manalastas celebrates spring in New York through another exhibit that brings flowers native to the Philippines to New York. Sampaguitas, Ilang-ilang, Gumamela, Cadena de amor and other tropical flowers made out of used tarpaulin, wires and computer parts reach their full bloom in her fifth solo show. “I wanted to bring a different kind of spring to New York by featuring the flowers that we Filipinos are familiar with. Unlike real flowers that are fleeting and fade, these creations will last forever as a reminder of the beauty lying behind used objects that have been discarded. It allows the viewer to look at waste in a different way,” Manalastas says.

While Americans look forward to the cool spring weather and its many different colors, Filipinos and Filipino-Americans can go back to memories of their childhood in neighborhoods where many of these flowers bloom all year round. Especially in rural areas of the Philippines, Filipinos fill their surroundings with these flowers and proudly showcase their yards with colorful plants and blooms. As part of the exhibit, Manalastas also pays tribute to the original recyclers in the Philippines, slum dwellers, with a few sculptures that depict slum communities in her home country.

The introspective junk artist juxtaposes the beauty of the flowers to the growing urbanization in parts of the country. Despite the proliferation of people living in urban settlements and slums in cities, Manalastas sees the beauty in their everyday living, in the resourcefulness of their ways, and in the effort they take into decorating their homes with discarded pieces of candy and straw that they turn into flowers and buntings.

“This exhibit will also feature the original recyclers and junk artists of the Philippines, those who live in squatter areas and make houses out of plywood, used tires, or corrugated metal that they find on the streets or rivers. You can see that despite the poverty around them, they celebrate their space in their own way,” Manalastas said.

Manalastas finds the beauty and makes sculptures of slum communities out of the bread clips that seal the loaves of bread, called Occluplanids, and puts them side by side with the floral display.

“The occluplanids are curious objects for me. I encountered an individual who collected them and asked if I could have them. Seeing them in different colors, I imagined making types of houses, then I thought about the Filipino phrase ‘May yaman sa basura,’ there are riches in garbage and the millions of poor Filipinos who, like me, believe that nothing should be wasted. This is ingrained in our culture, even in the way we use and cook meat and livestock, nothing is wasted,” she explains.

The exhibit straddles beauty and urban sprawl and invites the viewers to see the beauty and resilience behind poverty. She emphasizes that recycling and wastefulness are concepts that Filipinos struggle with every day, and her vision is to imbue conscious consumption to the viewer through her art. -MN Francia

Everlasting and Other Life Studies will run from May 13 to 24, 2019 at the Philippine Center located at 556 Fifth Avenue, New York.

Diana Grace F. Manalastas is a self-taught artist who uses discarded material and makes them into fascinating works of art.

Through mixed media and a fusion of painting and sculpture, she has explored topics that prevail in Filipino culture such as nature, religion, family, among other things. She uses a mix of non-biodegradable materials such as used canvas, used marble, wires, tarpaulins, used electronic parts and more. She manipulates and reimagines used objects and materials and give birth to something completely new.

Through her numerous group and solo exhibits, she envisions a kind of art that makes a difference and encourages viewers to reimagine their world and rethink their consumption. She is a member of the Fort Lee Artist Guild in New Jersey and also acts as one of the Rotary Club Directors in her hometown of Guiguinto, Bulacan.

Her advocacy is supported by the National Historical Commission of the Philippines.