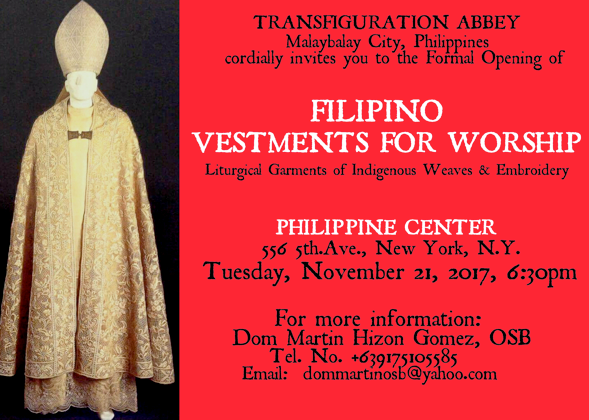 FILIPINO VESTMENTS FOR WORSHIP, an exhibit of hand-woven liturgical vestments using indigenous Filipino materials is scheduled at the Philippine Center on 5th Ave., New York, on November 21 to December 1, 2017, with an Invitational Opening Reception on November 21 at 6:30pm.

The 24-piece collection is from the Liturgical Vestments Collection of Transfiguration Abbey in Malaybalay City, Bukidnon. Designed by Benedictine monk, Dom Martin Hizon Gomez, OSB, the collection was first presented at the Ayala Museum in Manila during the celebration of the Philippine Centennial of Independence in 1998. It was later exhibited in different cities in the West Coast. Part of it was also exhibited at the Textile Museum of Canada in 2000 before finally coming back to its permanent home, the Museum of Transfiguration Abbey (MTA) in Malaybalay City. Recently, the whole collection and new additional works were exhibited at the Ayala Museum at a come-back show titled “VESTMENTS FOR WORSHIP, WRAPPED IN IDENTITY,” June 5 – July 23, 2017.

Dom Martin Hizon Gomez, OSB was formerly known as GANG GOMEZ, the famous Manila haute couture fashion designer who, for about 20 years, championed the use of indigenous Filipino textiles like the piña, abaca, jusi and silk for haute couture creations. He was a graduate of the Mayer School of Fashion Design in New York (1969-70), and was the first Asian winner of the prestigious New York Fashion Designers Foundation Award for Creative Design in 1970. After almost 20 years of a successful fashion career in Manila, he closed his fashion house to become a Benedictine monk 27 years ago.

The exhibit tries to promote not only the beautiful indigenous textiles of the Philippines, but also supports INCULTURATION, a movement after the Second Vatican Council, which seeks to give more respect to the culture of a country where the Church finds itself. To create this collection, the Benedictine monk visited 20 ethnolinguistic groups and weaving centers all over the country, to find suitable textiles which are compatible to the solemnity of the liturgical celebration. His work is beautifully documented in his opus magnum, “WORSHIP AND WEAVE, Towards Filipino Liturgical Vestments,” the book that won for Gomez the National Book Award (Art Category) in 2001.

Dom Martin is no stranger to the Philippine Center. As the highly-respected haute couture designer GANG GOMEZ, he has presented his fashion collections at invitational shows at the Philippine Center 7 in the 1980’s. But this time, he returns as the Benedictine monk, to present a collection that gives praise and glory to the Creator of all beauty, God Himself.

Come and visit the FILIPINO VESTMENTS FOR WORSHIP exhibit at the Philippine Center. It is open to the public, Monday to Friday, 9am to 5pm. For more information, contact: The Philippine Center, +212-575-4774 / Dom Martin Hizon Gomez, OSB, +639175105585 / dommartinosb@yahoo.com 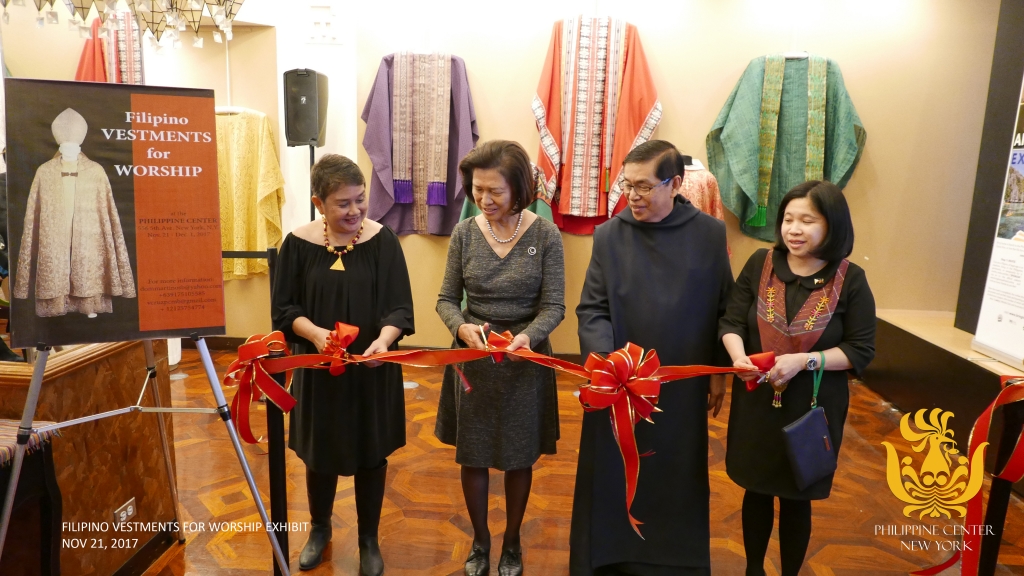 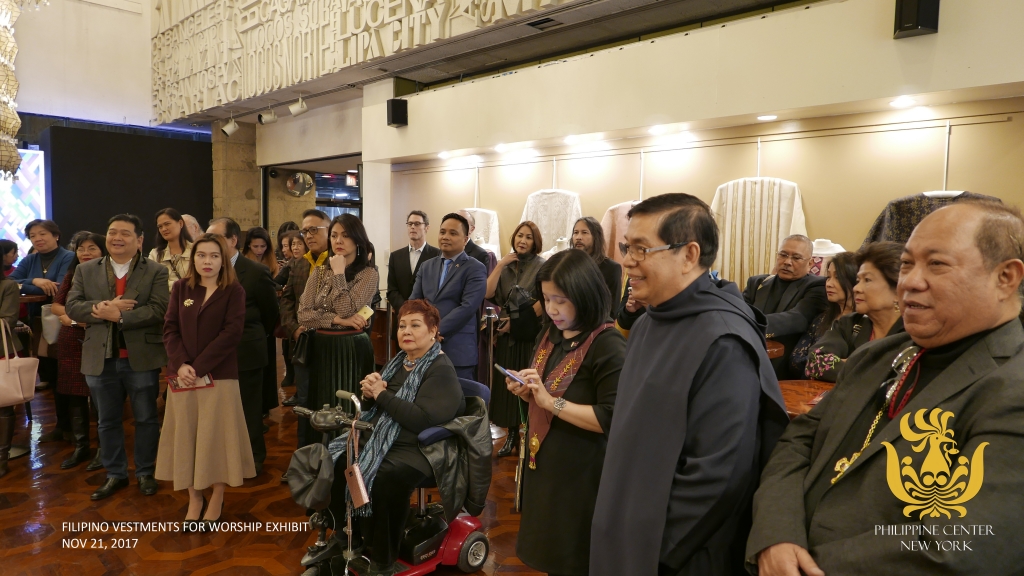 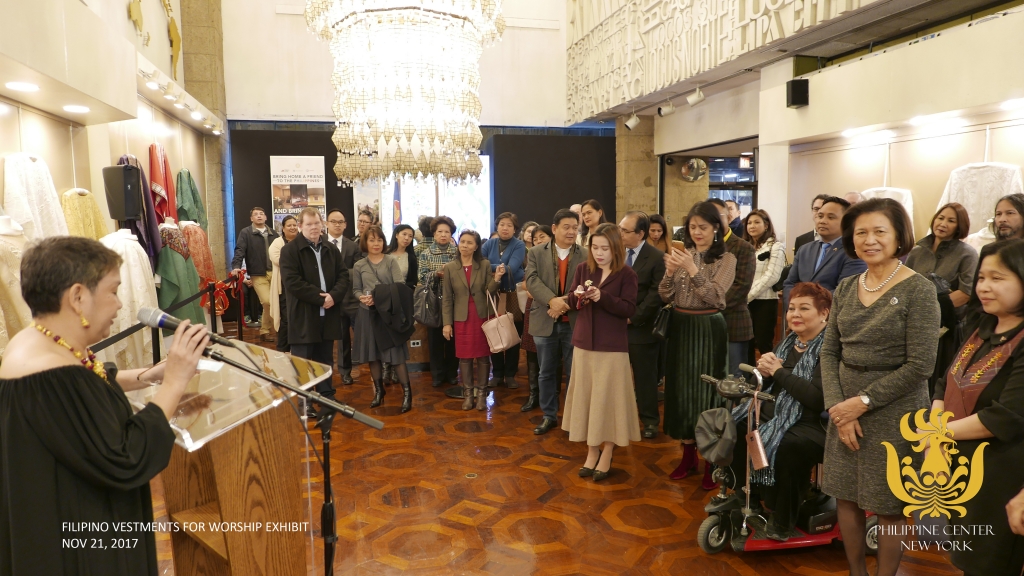