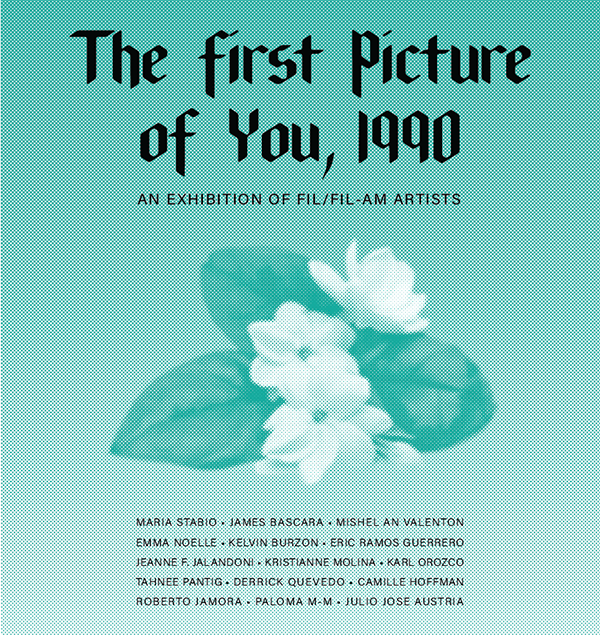 New York, NY –On April 22, 2019, Dogeaters Collective, an art collective based in New York City, will host their first art show, “ The First Picture of You, 1990 ,” featuring Filipinx-American contemporary artists based on the East Coast.

The opening event will be on Friday, April 26, 2019 at 6 PM at the Philippine Center on Fifth Avenue and feature readings by Dogeaters member and Kundiman Fellow andie millares and Sarah Gambito, author of Loves You: Poems and founder of Kundiman .

A part of the show title is taken from a chapter of Elaine Castillo’s novel, America Is Not The Heart. The year 1990 sets off a new generation of Filipino-Americans exploring what it means to be a part of this country and that of generations before. We are a part of a new wave of first, second, and third generation children exploring how to bridge cultures, inevitably making way for a new generation that will inherit a new kind of world. The mundane objects and routines of everyday life act as portals that reminds us of ourselves and can lead us across dimensions–simple acts like looking in a mirror or the moment we recognize our differences in a sea of white.
It is the first picture of you

The exhibition addresses the themes of identity as a Filipinx-American, particularly growing up or settling on the East Coast. Featuring contemporary artists who are first and second generation Filipinx-Americans, Taglish makes room for emerging talent and younger voices to
express their confrontation and understanding of the historical past between the Philippines and
America

The collective consists of Adrien Dacquel, Jessica Jacolbe, Jeanne Jalandoni, Paloma Martinez-Miranda, andie millares, and Karl Orozco. The event is looking to be funded on Kickstarter with rewards including screen printed t-shirts designed by Adrien Dacquel and signed copies of Loves You: Poems by Sarah Gambito and America Is Not The Heart by Elaine Castillo.