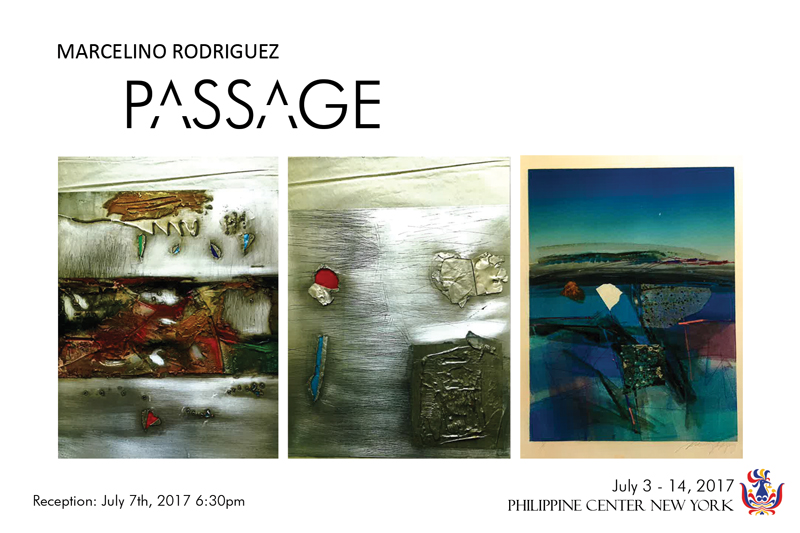 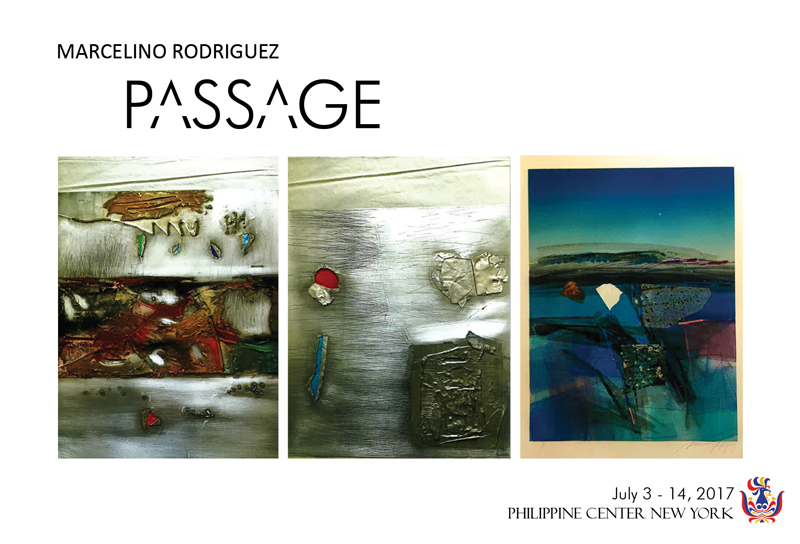 The artist, Marcelino Rodriguez, says his basic creative ideas begin with a simple starting point.  The application of square, circle, and triangle are his geological references.  Mr. Rodriguez’ experiences at the many interesting islands in his native Philippines, brought together with the western experiences forms a unique blend of emotions.  They became the artist’s inspiration, evident in his works, colors, and expressions.

“Impressions Landscape” – a mixture of ideas, textures and composition are the result of Mr. Rodriguez’ desire for spiritual creativity.  Collages and incorporation of copper foils are his duplications of lights and shadows, while lines, drawings, and hard edges are the rendition of the total creation.  These variations are essential layers of patterns.  In the end, the artist views each piece as a quick and simple exercise that wins momentary pleasure for its creative experience.

Marcelino Rodriguez has joined several exhibitions and competitions over the years.  His first solo exhibit was at the prestigious Luz Gallery in Manila, Philippines.

In 1977, Mr. Rodriguez opened his own printmaking workshop in SoHo called “Art Space 22.”  He envisioned his workshop to be a place where artist and friends could share their ideas and work together.

Marcelino Rodriguez currently resides in Bergenfield, NJ where he continues to work on his craft.