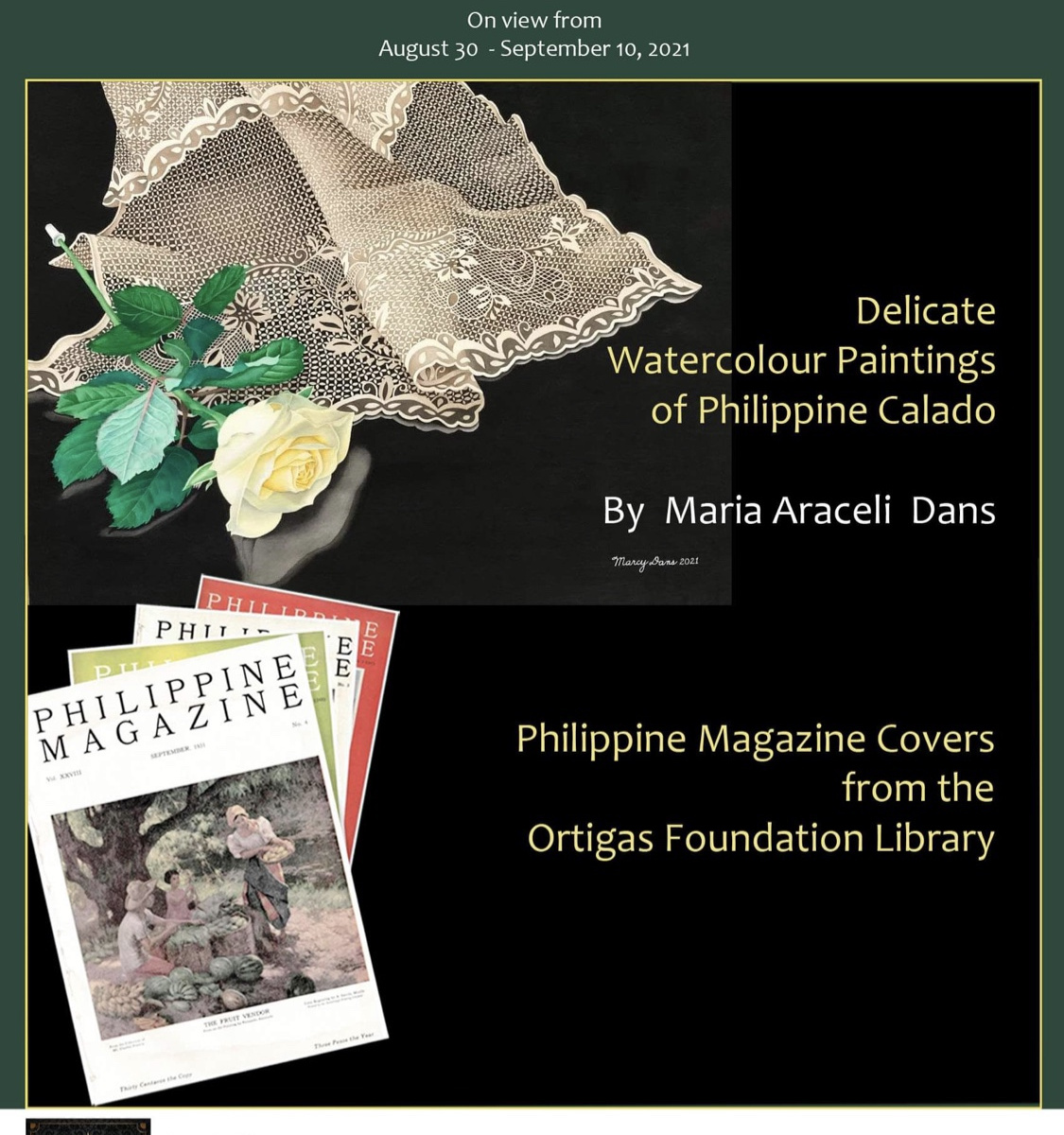 Maria Araceli “Marcy” Dans (b. 1954) holds both a Master of Arts in Art History and a Bachelor’s degree in Fine Arts from the University of the Philippines.

After completing her undergraduate degree, Marcy worked as Creatine and Art Director for two private companies before becoming a Faculty Member at the University of the Philippines (“UP”)- both in Diliman and Mindanao. While teaching for over three decades, she subsequently became Dean of the College of Humanities and Social Sciences at UP Mindanao, from where she eventually availed of her early retirement in 2018.

Marcy is better known as a writer and illustrator of children’s books, having been published in the Philippines and abroad. Her stories, illustrated in watercolour, have focused mainly on the retelling of Filipino folklores and legends.

It was only in the latter part of 2019 that Marcy quietly took it upon herself to continue the legacy of her mother, Araceli Limcaco Dans, the master of calado painting in the Philippines, transmuting the same watercolour medium she used as a children’s book illustrator into paintings of fine Filipino lace embroidery. Unable to return to her Davao City home since the start of the pandemic lockdown in the Philippines in March, 2020 Marcy found herself painting instead, in the same studio as the master, her 91- year old mother, whose legacy she devotes her time to continue. Mother and daughter have grown to become each other’s best and worst critics.

During one of my recent visits to her mother, I saw Marcy’s work and was so impressed with them that I asked if I can show them, an idea she resisted at the time. After much convincing, she finally agreed to this first ever exhibit which we are now proudly showing at the Philippine Center, New York. We are honoured to have been her first choice to exhibit with. It has been worthwhile going through hoops and the various covid travel controls to bring this exhibit to a prestigious venue such as this one. We hope that this starts off a series of sold out exhibits for a well deserving artist, our “hesitant master artist in the making”.

An Exhibition of Digital Photos of

Peace Time is a reference by older Filipinos to the relatively peaceful and dynamic period in the country from 1929 to 1941 in anticipation of Philippine independence. Such relative calm was only interrupted by World War II.

There were many magazines published in Filipino, Spanish and regional dialects. However, the Philippine Magazine was a distinctive English magazine excelling in publishing written works and gracing its covers by Filipino writers, artists and expatriates. AVH Hartendorp, a former American teacher, was its editor for that period until the Japanese occupation when he would then be interred at the University of Sto. Tomas.

Steven Javellana, 20 years of age, would have his first piece published in the magazine inspiring him after World War II to write “Without Seeing the Dawn”, a best seller in the United States selling over 150,000 copies. Bienvenido Santos, Jose Garcia Villa, Francisco Arcellana, Edilberto Tiempo, N.V.M. Gonzales and many more began their writing career in the magazine.

Its magazine covers were delightful. Hartendorp was prescient in choosing the likes of Fernando Amorsolo, Diosdado Lorenzo, Gavino Reyes Congson and Liboro Ruis, all in their 20s and 30s who drew and painted covers that the public recognized as artistic and spoke to their milieu.

Many of these writers and artists studied and travelled to the United States of America to further their knowledge and expand their craft. The poet Jose Garcia Villa would become a long-time resident of New York City. But almost all returned to the Philippines sharing new dimensions in the written word and on canvas. Later, some secured the country’s prestigious National Artist award.