He graduated with a BFA from UST in 1962. He held his first one-man show at the PAG in 1963. He won three awards from Shell NSAC and six awards in 1970. He received the Patnubay ng Sining at Kalinangan Award from the City of Manila in 1984. A genre painter, he distorts his figures into decorative forms, merging them with objects and other elemensts of the surroundings. In the seventies, his neo-realism became distinct from the rest, as he defined his hapes with linear clarity, then blurring adjacent areas into the washed-out tones. In his recent canvases, colors are more intense opaque. 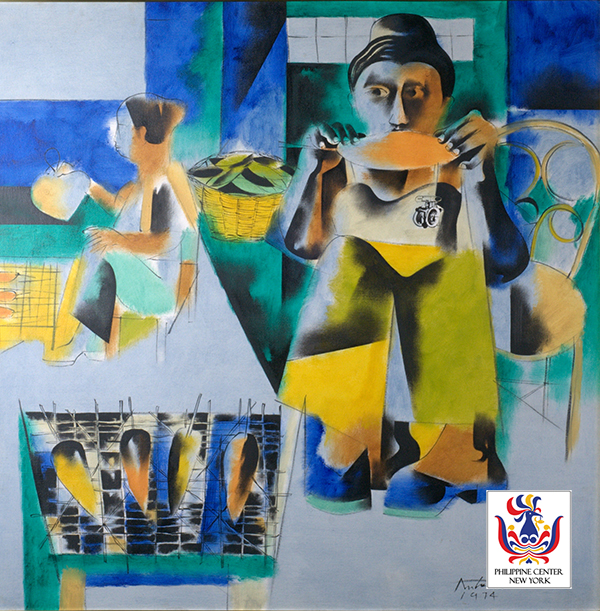