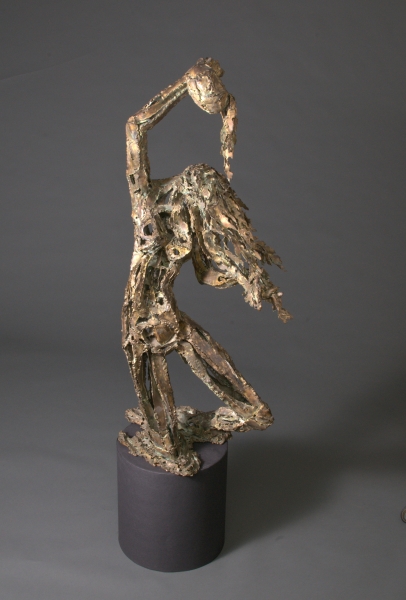 He is a sculptor best known for his bronze “Tikbalang” series which he began in 1971. He created them by welding scraps of metal, producing a characteristic jagged effect. “Taming of the Tikbalang” was one of his major works at the Makati commercial center. He represented the Philippines in 1971 Indian Triennale, and the 1973 Australian Biennial. He held his first solo eshow at the Solidaridad Galleries in 1969. He won First Prize at the International Christmas Card Contest, World Literacy and Christian Culture in 1961. He won First Prize for “Anihan II” in 1977 and Second Prize for “Eternal Triangle” in 1979, both from the AAP. He had a major show with Onib Olmedo and Ang Kiu Kok called “Three Figurative Expressionists” at the CCP in 1990.