The 4th Annual International Film Festival Manhattan which was Co
Founded by Filipino based filmmakers Luis Pedron and Gerry Balasta will be featuring Filipino films and filmmakers from the US and from the Philippines. At the IFFM AwardNight, we will be honoring Mr Domingo Hornilla Jr for his contribution to the Film Festival Community as the past Comptroller of the Lincoln Center Film Society/NY Film Festival and as producers of Filipino event and Filipino Indie Films including “American Adobo.” Some of the Filipino nominees appearing at the Awards Night on Oct 23, 2014 at the Philippine Consulate will be Liza Dino Nominated for Best Actress for
“In Nomine Matris” and Jake Cuenca, Nominated for Best Actor for “Mulat.” Both will be gracing the awards gala.

Luis Pedron, Festival Director and Programmer of the International Film Festival Manhattan would like to invite you to the festival. “We have a lot more programs throughout the Oct 23-26, 2014 festival which you can check in our site: www.IFFMNewYork.com. But, please see the listing of the Filipino films and Filipino related programs listed below. I am proud of being Filipino and proud to showcase Filipino Indie Filmmaking at its best every year at our festival. Mabuhay and Pelikulang Pilipino!” 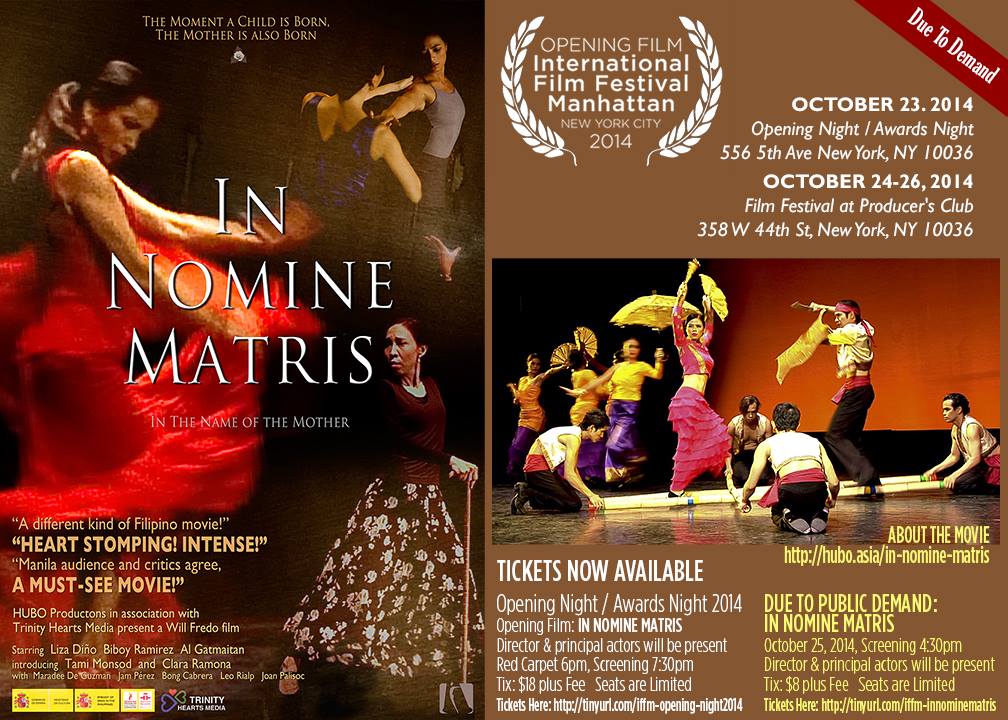